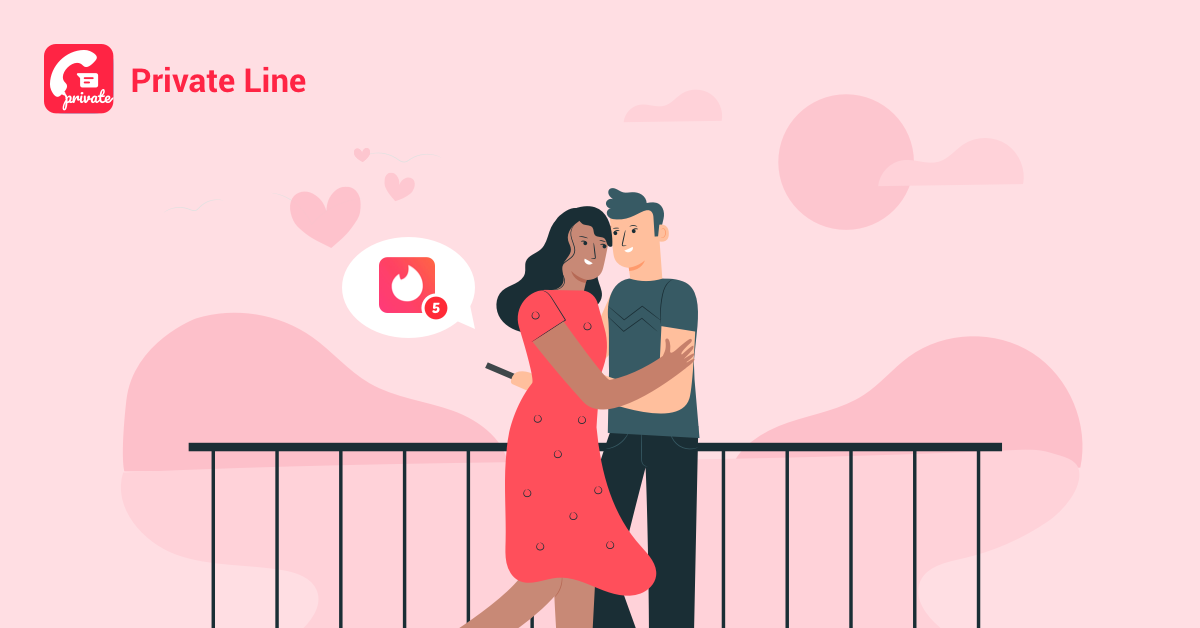 “If he really likes me, why is he still online dating?” Has this question ever bothered you? You’ve just met a guy on a dating app like Tinder, who meets nearly all of your expectations. You are so into this guy, but find out that he still keeps his dating profile yet. Why is that?

Why is he still online dating after he really likes me?

Well, there are a variety of reasons why he still keeps online dating after he showed his appreciation to you. You want to directly ask him why, but before that, you can also run through the following possibilities.

Everyone has a specific habit. Just like you may always get to know what’s happening all around the world by checking twitter news, some guys also have the habit of checking those dating apps every day to see what’s going on. Girls don’t think too much, maybe it’s just mindless action. If he doesn’t add or change anything on his profile, it’s no need to read into it too much. Instead, it is more likely to be unintentional.

He doesn’t know what you think of him.

Have you ever heard of the term, “never guess what’s running in a girl’s mind (or you’ll get more confused about girls)”. It is true that guys cannot always read girls’ minds, especially when dating online. What’s your opinion about him? Do you like him or not? What are you doing now? Most of the time, guys cannot figure out these questions based on your tiny little communication. Therefore, he may still be on those dating apps because he’s unsure of you and of the current situation. Want to clarify your appreciation to him? Please, girl, don’t tell the truth too early. Let him guess! Anyway, being active on dating apps doesn’t doom to mean that he doesn’t like you, maybe it’s just because he’s not so sure about the current situation between the two of you.

He’s just not that into you.

If a guy tells you that he really likes you, remember, never trust him 100%. Determining a relationship between the two of you is just like playing a game. In the process, the one who shows complete appreciation first equals the loser in the love game, so each side should hide their true feelings deep inside their hearts. Therefore, if you find him still active on dating apps and frequently keep changing his profile, it’s very likely that he’s just not that into you as you do (sorry to tell you the truth if you find it true). But if you just come to the conclusion in a very short period of time, it doesn’t always work, because it is too soon to tell that. Just wait a few times and revisit this issue again.

What to do with that?

If he’s still on dating apps and this really bothers you, you can:

Find the answer in your conversation.

Maybe it’s because the two of you haven’t had enough contact, so he actually doesn’t like you as much as he says he does. If you want him to become into you gradually, you can keep chatting with him, in the process to improve your understanding and also to increase his feelings of you. But every time when you kick off a conversation, if he always seems impatient and shows that he doesn’t want to talk with you, it simply means he does not like you.

Wait for a while.

This may be simply because you two have not been in contact long enough for you both to read each other’s minds. In a potential relationship, both of you want to make some striking moves in the hope of gaining each other’s attention. If you want him to notice you too, you can also pretend to be on dating apps every day and get in contact with others. All you need to do is just wait and see who is more composed.

Talk to him about it directly.

If you really like him a lot and don’t want to wait any longer. Well, you can ask him directly why he is still active on the dating apps after making his feelings known to you? If he really values you pretty much, he’ll tell you directly why he does it, either because he doesn’t know what you’re thinking of him, or because he’s in the habit of checking dating apps. If he doesn’t like you that much, or if you are just a tiny fish in his endless ocean, then he is likely to just stall, so you may have to ask him thoroughly.

Best Pick-up Lines: How to Start a Conversation on Tinder